Hi all, this is a quick blog update as one of us is away for a few days so we wanted to get a blog update out before hand.

To summarise what key features that have been done recently:

– Editing and removal of stock 40 roms will NOT be supported on first release. (It will be added in, in a future release)

Now to touch on a few subjects in more detail…

Yes, there will be an internal only mod available as of the first release. We heard you loud and clear so we prioritised this feature and it’s now working.

External media is now working too with external savestates. Below will be a small screenshot outlining how we plan on it working.

We have also provisioned the functions to delete savestates however we haven’t made an interface for it yet as we are still undecided how to implement this feature.

Due to high demand, we added in the ability to load in / patch in upto 9 custom/stock region firmwares on your console safely.

This means if you had 4 different region firmwares you can switch between them on the usb or even have a mix of stock and custom set ups which can be run from your console. These firmwares are selectable from the options menu on console.

We just finished the memory optimisation to go along with the CPU tweaks.

This involves adding 122MB ZRAM compression and an optional 255mb SWAP memory sponge if you are using external media.

This will give you minor increases in performance in memory intensive loads and the swap also ensures that any memory leaks/ static loads get adsorbed by the SWAP instead of the DRAM or ZRAM ensuring you are able to squeeze as much as you can out of the memory. This also comes with the added benefit of less OOM crashes.

The desktop app is under development as we speak. We currently have two desktop apps being worked on in parallel with the first release app being windows based. (Cross platform will come in future release of the second desktop project)

Lastly a somewhat negative point. To confirm, the first release will NOT support the removal or swapping of the original 40 stock roms, only the addition and managing of extra roms will be initially supported. This is due to the huge complexity of managing this process with the stock UI  and it is going to cause too much grief and potential pit falls for the initial release. We rather limit the scope a bit and have the project more refined/stable before adding in more complex features.

Thanks again for the continued support and patience. As we said before, we don’t intend to be the first but we hope that we get it right the first time and give you guys a good experience from the word go.

Screenshots of region swapping on a JPN console: 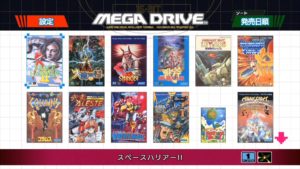 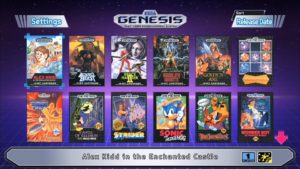 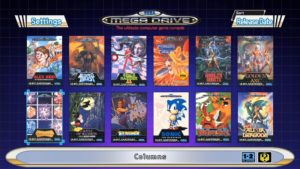 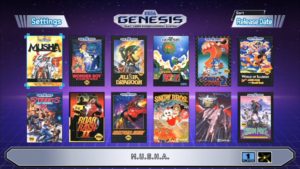 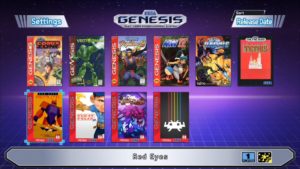 How savestates on external media will work: 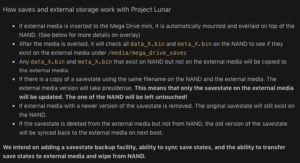 Amazing. Even faster than expected. Curious, but would this be able to play Master System or Sega CD games from the stock UI?

Adding and managing additional ROMs is fine. I would never remove the stock 40.

Excellent work guys, thanks! I think the first release will be more than enough for me.

If we can, we really want a solution similar to PSC, just buy a U disk, simple plug and play principle can solve these problems, request this! Thank you very much. We are from China, no credit card, request to add WeChat payment or Alipay payment, and finally, thank you very much.

Thanks to everyone for all the hard work you’re doing!

is there any way you can let us know the date of release please? there are many games i wish to put on mini

If the comments are up, then it might be soon, but not too soon, I hope.

They will put it out when it is ready. Don’t try to set a date, it will only end poorly. Let them take the time they need to get it working perfectly.

Great update! Love the mini and wouldn’t want to remove the initial games just add more from my childhood. Thank you for your hard work on this.

Great job! 🙂 When is the next update coming. Curious about the progress. 🙂 Keep it up!

I can’t wait for Sega Mega Drive Mini to be hack soon. Keep up the good work!

It’s been quite awhile since any news just curious about the current progress? Looking forward to being able to add the titles missing on this amazing little mini device as well as Sega CD and 32X titles.

Curious if will be able to launch the 32X and Sega CD games on the stock Ui to make it seem more authentic? Also just a thought but it would be awesome to have a Ui option in the future that changes the Mini into the Sega Channel that would be an amazing throw back to have including it’s boot up screen. Since that’s just about the only thing missing in terms of accessories.

Good Luck to the team regardless and thank you for doing this!

Just wanting to know what the progess has been lately as it’s been awhile for any kind of update? just curious looking forward to this and being able to play 32x and Sega CD Good luck to the team and thank you so much for everything you do!

Also just a neat suggestion if you don’t mind?

After this done and set to go do you think you might do a nod to the SEGA Channel like maybe make it’s Ui or at least have the SEGA Channel boot up screen for Nostalgia sake’s? as it stands that’s the last thing that will technically be missing since it was stated we would get 32X and CD features this would be a cool throw back? Again I’m not making a demand it’s only a suggestion since it’s the only accessory that will be missing and this will help complete and preserve it in some way.

It’s been over a month. When’s the next update?

I have ASIAN version. I can make dump

How much longer? I can’t wait!!