As promised here is a bunch of screenshots and videos showcasing a bunch of features that have already been implemented within the 1.1 update.

Videos: (Some of these videos I meant for internal review only and some of the videos I mistakenly recorded my music in so headphone warning just in case)

After a lot of requests and a long break, Project Eris, the spiritual successor to BleemSync/MMC PlayStation Classic reboot project is now live for pre-release testing! (Public release should follow within a week as long as there is no issues!)

What is Project ERIS?

Project ERIS is based on BleemSync 1.2/1.3 and underwent dramatic refactoring and cleanup. (Estimated about 80% of the scripts were refactored!) Project ERIS comes with a ton of new features, fixes, optimisations, ports, emulators, and much more!

The main purpose for Project ERIS is to be completely solution agnostic. This is to allow users/mods/developers to customise/build and develop their own deployments and mods. PE is fully functional out the box, however it now comes with a fully fledged mod system (same system as Project Lunar) which allows users to add and remove any additional ports/mods or apps wanted.

We hope that opening this up will allow for users or devs to add their own contributions and additions to benefit the community as a whole.

As stated above, the main goal for Project Eris is to allow for users to customise and build their own ports and mods for the PlayStation Classic and make it as easy as possible. To kick start this initiative, we implemented our new .mod engine, rebooted some of our old port projects, and ported some new ones.

We are happy to announce the following line up of optional mods and ports available for PE as of first release:

Also currently in the pipeline, we are working on TWO advanced DOOM engines along with a BRUTAL DOOM counterpart, including a modified Brutal Doom mod specifically for console play and the amazing IDKFA soundtrack by Andrew Hulshult.

We also have a bunch of other ports being worked on, and we are working with other developers to get some more ports available. You can also check out all the source and examples of how the ports are put together at our Ports gitlab project here: https://gitlab.com/modmyclassic/ports

We have teamed up with the talented pascl who created the desktop app pbPSCReAlpha who is currently working with us to form the new incarnation of the Project Eris Desktop App! We are very excited about this and happy to have him on the team. A lot of people wanted a dedicated desktop app for BleemSync originally and now we will have one specifically for Project Eris.

Whilst the desktop app will not be ready for release at the same time as the initial release of Project Eris, it’s currently being worked on as you read this and here are some WIP screenshots of it in action. 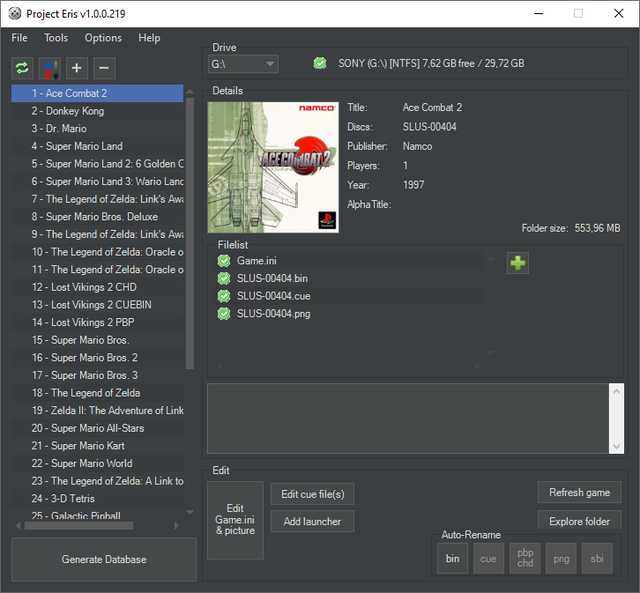 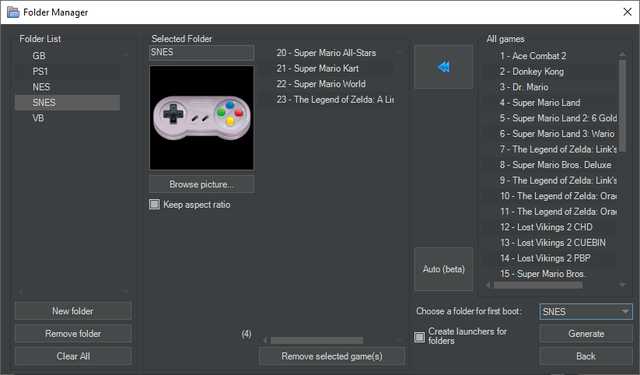 Looks great! Where/When can you get a copy?

Development for 0.9 is complete and has undergone unit testing. Project Eris is currently in Pre-Release testing (UAT) which should last a week. As long as there is no issues with the build it will be pushed publicly along with all the source for everyone to use.

You can ask questions or discuss the upcoming release at the #sony-lobby in the MMC discord here: https://modmyclassic.com/discord