Difference between revisions of "PlayStation Classic"

The PlayStation Classic ships with two replica PlayStation Controllers (the original model, which are without analog sticks), an HDMI cable, and a USB Micro-A to standard USB-A cable. An AC adapter for the console is sold separately. The console weighs about 170 grams (0.37 lb) and is about 149 mm × 33 mm × 105 mm (5.9 in × 1.3 in × 4.1 in) in size, approximately 80% smaller in volume than the original PlayStation and 45% smaller in width and length. It includes ports for both controllers, HDMI output, and power via USB. The controller's cords measure approximately 1.5 metres (4.9 ft) long. It cannot use PlayStation memory cards. Internally, the console uses a MediaTek 8167a Quad A35 system on a chip with four central processing cores clocked at @ 1.3 GHz and a Power VR GE8300 graphics processing unit. It includes 16 GB of ECC flash storage and 1 GB of DDR3 memory. 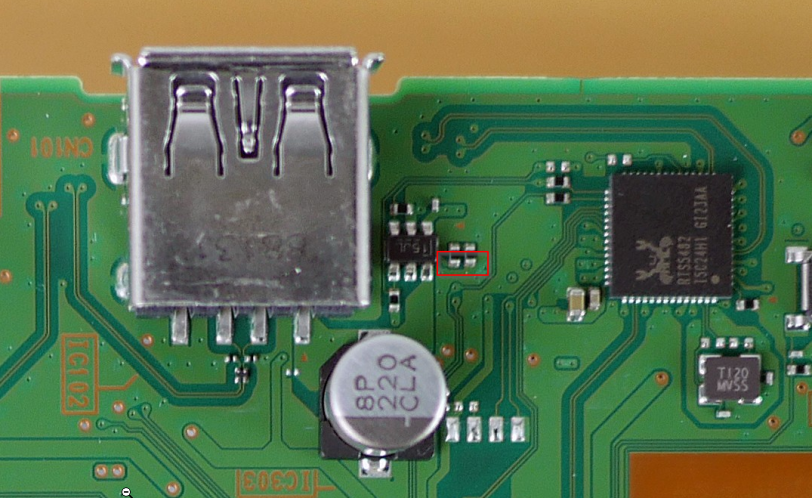 The stock emulator shipped by Sony is PCSX ReARMed, the frontend used is internally called Sony UI and is no different than how we would use RetroArch, the difference being RetroArch utilizes multiple cores while the stock interface is designed for one specific emulator. Projects such as BleemSync are able to overmount and modify scripts and databases used by the Sony UI to add additional games, pseudo-folders, and shortcuts to other applications on the console.

BleemSync by DoctorDalek is a tool for loading games from a USB flash drive, and is one of the safest ways to mod a PlayStation Classic.

gpghax, by Maku, was one of the first hack for the PlayStation Classic. It shouldn't be used anymore, as there are safer, easier solutions.

psxc_xpandr by u/kounch is a safe hack to expand and/or replace virtually games in a PlayStation Classic using an external USB drive, with no risk. Once you remove the USB drive and make a cold restart, the console works as if nothing was done. However, you have to create manually the directory structure and obtain manually all the files to add a new game (BIN, CUE, Cover Image PNG, Game Description INI, etc.).

Based on the Christmas release of BleemSync, PSC_RetroBoot, by u/genderbent, is a simplified way to use RetroArch on the PlayStation Classic.

A companion tool by u/Pascl1983 who sorts folders and helps to detect problems. Compatible with both BleemSync 0.4.1 and 1.0.0 structures.