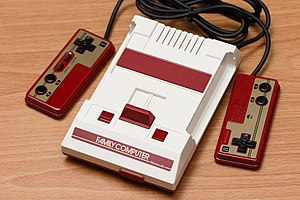 Nintendo produced and sold about 2.3 million NES Classic Editions from November 2016 through April 2017, with shipments selling out nearly immediately. In April 2017, Nintendo announced they were discontinuing the product, leading to consumer confusion, and incidents of greatly increased pricing among private sellers. Due to the demand of the NES Classic, and the success of the Super NES Classic Edition console, Nintendo re-introduced the NES Classic on June 29, 2018. Production was discontinued again, this time permanently, in December 2018.

The NES Classic Edition is a dedicated console for emulating 30 Nintendo Entertainment System games. The console is distributed in two variations; one for Japan, featuring the likeness of the original Famicom, and one for the rest of the world, which looks like the original NES. For the non-Japanese variation, all of the games are based on their US release, running at 60 Hz and using the names by which they were released in the United States. The console's user interface supports up to eight languages, but this does not affect the language for the games themselves.

For video output, the system features an HDMI connection, which puts out 60 Hz video for all games.

The controllers in the international version of the console feature the Wii Nunchuk's connector, which allows the controller to be connected to the Wii Remote for use with Virtual Console games on the Wii and Wii U. Accessories for the Wii such as the Classic Controller may be used with the NES Classic. The controllers for the Japanese version are hardwired into the console just like in the original Famicom, so they cannot be used in conjunction with the Wii. The Famicom Mini controllers are also proportioned to the size of the console, resulting in them being smaller than their North American or European counterpart. They fit into small holding slots on the side of the console. The Famicom Mini comes with two controllers. The microphone on the Player 2 controller is superficial only and does not work.

The console uses the Linux operating system, running a new Nintendo Entertainment System emulation engine developed by Nintendo European Research & Development (NERD). The emulation included limited support for some of the memory management controllers, aka mappers, used in NES cartridges to extend the ability of the console, such as for Super Mario Bros. 3, though not all known mappers were included with the emulation engine. The emulation engine was well-received by critics and was regarded as superior in both visual and audio support when compared to the NES Virtual Console emulation on the Wii U.

A 320-page book called Playing with Power: Nintendo NES Classics, published by Prima Games, was released the same day as the console; the book is a guide to some of the games included on the system. Nintendo of America brought back the Nintendo Power Line as an automated phone hotline from November 11 to 13 as a celebration of the launch of the system.

The stock emulator shipped by Nintendo is kachikachi.

The Super Storage mod adds a microSD card slot to the motherboard.