Announced in 1999, the PlayStation 2 offered backwards compatibility for its predecessor's DualShock controller, as well as for its games. The PlayStation 2 is the best-selling video game console of all time, selling over 155 million units, with 150 million confirmed by Sony in 2011. More than 3,874 game titles have been released for the PS2 since launch, and more than 1.5 billion copies have been sold. Sony later manufactured several smaller, lighter revisions of the console known as Slimline models in 2004. In 2006, Sony announced and launched its successor, the PlayStation 3.

Even with the release of its successor, the PlayStation 2 remained popular well into the seventh generation and continued to be produced until January 4, 2013, when Sony finally announced that the PlayStation 2 had been discontinued after 12 years of production – one of the longest runs for a video game console. Despite the announcement, new games for the console continued to be produced until the end of 2013, including Final Fantasy XI: Seekers of Adoulin for Japan, FIFA 13 for North America, and Pro Evolution Soccer 2014 for Europe. Repair services for the system in Japan ended on September 7, 2018.

The console also features USB and IEEE 1394 (Firewire) expansion ports. A hard disk drive can be installed in an expansion bay on the back of the console, and is required to play certain games, notably the popular Final Fantasy XI. This is only available on certain models.

The hardware uses the Emotion Engine CPU, a custom-designed processor based on the MIPS architecture with a floating point performance of 6.2 GFLOPS, and the custom-designed Graphics Synthesizer GPU, with a fillrate of 2.4 gigapixels/second, capable of rendering up to 75 million polygons per second. When accounting for features such as lighting, texture mapping, artificial intelligence, and game physics, it has a real-world performance of 3 million to 16 million polygons per second.

The PlayStation 2 may natively output video resolutions on SDTV and HDTV from 480i to 480p while other games, such as Gran Turismo 4 and Tourist Trophy are known to support up-scaled 1080i resolution using any of the following standards: composite video (480i), S-Video (480i), RGB (480i/p), VGA (for progressive scan games and PS2 Linux only), YPbPr component video (which display most original PlayStation games in their native 240p mode which most HDTV sets do not support), and D-Terminal. Cables are available for all of these signal types; these cables also output analog stereo audio. Additionally, an RF modulator is available for the system to connect to older TVs.

Digital (S/PDIF) audio may also be output by the console via its TOSLINK connector which outputs 5.1 channel sound.

The PS2's controller, the DualShock 2, had the same form factor as the PlayStation DualShock.

The PS2 has undergone many revisions, some only of internal construction and others involving substantial external changes.

The PS2 is primarily differentiated between models featuring the original "fat" case design and "slimline" models, which were introduced at the end of 2004. In 2010, the Sony Bravia KDL-22PX300 was made available to consumers. It was a 22" HD-Ready television which incorporated a built-in PlayStation 2.

In September 2004, Sony unveiled its third major hardware revision. Available in late October 2004, it was smaller, thinner, and quieter than the original versions and included a built-in Ethernet port (in some markets it also had an integrated modem). Due to its thinner profile, it did not contain the 3.5" expansion bay and therefore did not support the internal hard disk drive. It also lacked an internal power supply until a later revision (excluding the Japan version), similar to the GameCube, and had a modified Multitap expansion. The removal of the expansion bay was criticized as a limitation due to the existence of titles such as Final Fantasy XI, which required the use of the HDD.

Sony also manufactured a consumer device called the PSX that can be used as a digital video recorder and DVD burner in addition to playing PS2 games. The device was released in Japan on December 13, 2003, and was the first Sony product to include the XrossMediaBar interface. It did not sell well in the Japanese market and was not released anywhere else.

A class action lawsuit was filed against Sony Computer Entertainment America Inc. on July 16, 2002, in the Superior Court of California, County of San Mateo. The lawsuit addresses consumer reports of inappropriate "no disc error" (disc read error) messages and other problems associated with playing DVDs and CDs on the PlayStation 2.

Sony settled its "disc read error" lawsuit by compensating the affected customers with USD $25, a free game from a specified list, and the reduced cost repair or replacement (at SCEA's discretion) of the damaged system. This settlement was subject to the courts' approval, and hearings began in the US and Canada on April 28, 2006, and May 11, 2006, respectively. 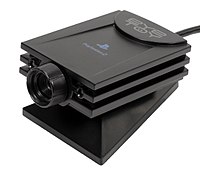 The EyeToy a motion detecting camera

The PlayStation 2's DualShock 2 controller is largely identical to the PlayStation's DualShock, with the same basic functionality. However, it includes analog pressure sensitivity on the face, shoulder and D-pad buttons, replacing the digital buttons of the original. (These buttons would later become digital again with the release of the DualShock 4.) Like its predecessor, the DualShock 2 controller has force feedback, or "vibration" functionality. It is lighter and includes two more levels of vibration. 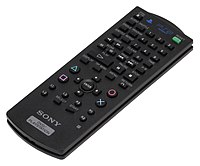 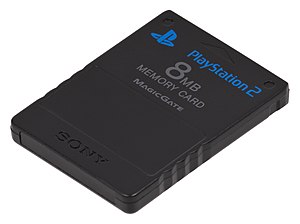 The original PS2 multitap (SCPH-10090) cannot be plugged into the newer slim models, as the multitap connects to the memory card slot as well as the controller slot and the memory card slot on the slimline is shallower. New slim-design multitaps (SCPH-70120) were manufactured for these models, however third-party adapters also exist to permit original multitaps to be used.

Early versions of the PS2 could be networked via an i.LINK port, though this had little game support and was dropped. Some third party manufacturers have created devices that allow disabled people to access the PS2 through ordinary switches, etc.

Some third-party companies, such as JoyTech, have produced LCD monitor and speaker attachments for the PS2, which attach to the back of the console. These allow users to play games without access to a television as long as there is access to mains electricity or a similar power source. These screens can fold down onto the PS2 in a similar fashion to laptop screens.

There are many accessories for musical games, such as dance pads for Dance Dance Revolution, In the Groove, and Pump It Up titles and High School Musical 3: Senior Year Dance. Konami microphones for use with the Karaoke Revolution games, dual microphones (sold with and used exclusively for SingStar games), various "guitar" controllers (for the Guitar Freaks series and Guitar Hero series), the drum set controller (sold in a box set (or by itself) with a "guitar" controller and a USB microphone (for use with Rock Band and Guitar Hero series, World Tour and newer), and a taiko drum controller for Taiko: Drum Master.

Unlike the PlayStation, which requires the use of an official Sony PlayStation Mouse to play mouse-compatible games, the few PS2 games with mouse support work with a standard USB mouse as well as a USB trackball. In addition, some of these games also support the usage of a USB keyboard for text input, game control (in lieu of a DualShock or DualShock 2 gamepad, in tandem with a USB mouse), or both.

Using homebrew programs, it is possible to play various audio and video file formats on a PS2. Homebrew programs can also be used to play patched backups of original PS2 DVD games on unmodified consoles, and to install retail discs to an installed hard drive on older models. Homebrew emulators of older computer and gaming systems have been developed for the PS2.

Sony released a Linux-based operating system, Linux for PlayStation 2, for the PS2 in a package that also includes a keyboard, mouse, Ethernet adapter and HDD. In Europe and Australia, the PS2 comes with a free Yabasic interpreter on the bundled demo disc. This allows users to create simple programs for the PS2. A port of the NetBSD project and BlackRhino GNU/Linux, an alternative Debian-based distribution, are also available for the PS2.